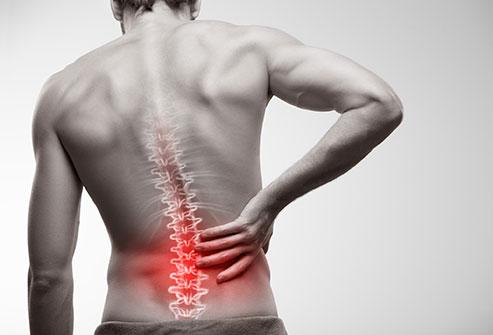 And right at the launch of the site...

Waking up this morning was hell. It felt like no matter what direction I moved, I was going to just give out. And once I had moved, trying to find my original position to stop the pain was nigh impossible.

I felt a little pain last night in my back, so decided to go to bed early in hopes of allowing my back to rest. No dice. In hindsight I still don't think I would do anything different, but boy did things not go as planned. I'm currently sitting on my couch, with an icepack, 2 ibuprofen, and a College class that I won't be going to today.

This post doesn't really have anything helpful in it, I can't give advice to anyone (though I could sure use some), but at the very least if the launch seems slow going forward, this may have something to do with it. Honestly, it's to the point where I'll feel pain if I breath too deeply in certain positions.

I'm almost certain that it's a muscle issue, especially since moving my head can affect the pain, ie: bending my head down really hurts. I always expected that over the years my back would get worse due to my posture and what-not, but due to how sudden this is, I don't believe this is [directly] related to my lifestyle. Anyway, I'll be sitting here, trying to get better - and I'll try to work on the site a little in the meantime.