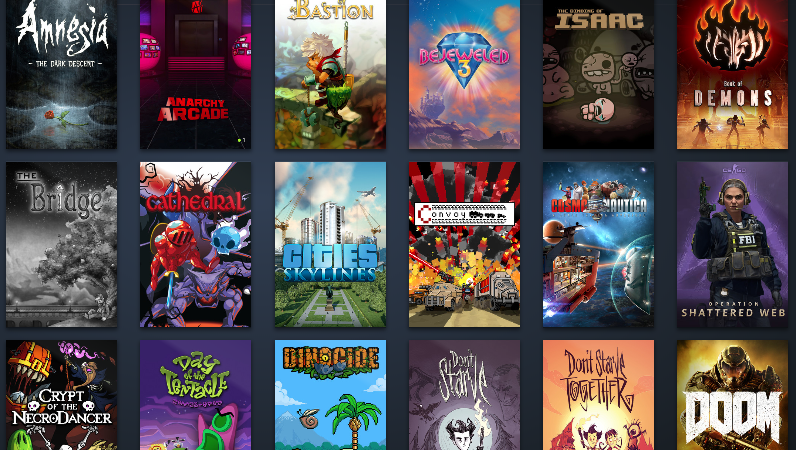 What is it about Steam that we love so much? I don't know, and I don't care, because that's not the point. The point is, why do I have so many games, but I've barely played even half of them???

Quick definition for those who don't know: in this context, a backlog is just a list of games you haven't played that you want to get around to playing eventually. If you're a collector of games, then you know the struggle is real sometimes, but I digress.

At the time of writing this post, I have 333 paid-for games on my Steam account, and according to steamdb.info, I've only played around 130 of them, that's about 40%. The amount of money you would have to spend, to buy all of those games right now, at their current price, would cost nearly $4k! So... why have I been slacking off?

Personally, I believe this a problem that many of us "face", we have all these games, usually purchased on sale, or in bundles, yet realistically we'll never get around to playing them all. At least not any time soon. Now, I totally understand if you're really hooked on a certain game right now, maybe you just got GTA V for the first time, or you've sunk your life into a Fallout or Elder Scrolls game, and that's understandable. Those kinds of games aren't the kind where you play a little, and come back a month later, you want to keep playing.

Still, I think we're all doing ourselves a dis-service. I have a longing to try this out someday, but still haven't gotten around to it, mostly due to lack of time - but I think that the next time you have a large chunk of free time, around a month or so, try this out: every day, play a new game from your library, or heck, play 2 a day (as time permits). Even if you only have 1 week, that's at least 7 games off the list, you may find some you like, you may find some you don't, but either way you'll be one step closer to that seemingly far off goal, of completing your backlog.

So, do you have a backlog of games in your Steam library? Or maybe Origin or Epic Games? Tell me below, some of the games you really want to play sometime, but just haven't yet for whatever reason!